Why Messi winning an international trophy doesn’t make him the greatest footballer of all time?

Lionel Messi recently won his first-ever senior trophy with Argentina beating Brazil in the Copa America. The trophy adds to his already impressive trophy cabinet and in the eyes of Messi and football fans ended the debate of who the greatest footballer of all time is. It’s always been a great rivalry between him and Cristiano Ronaldo who has gone toe to toe with Messi all these years. They have shared the stage for the last few years. And their fans of various reasons why each can be considered as the best ever to grace the football pitch. In the case of Ronaldo, it has been argued that he has done it in 3 leagues and that Messi could never achieve that and also that he is a more decisive player than Leo.

However, Messi has proven himself very well against the premier league top 6 sides and could easily handle the more physical premier league sides as shown during the recent Copa America tournament where the gameplay was more physical based with tackles flying in all parts of the pitch. Moreover, Messi also has a good record against Italian teams where Ronaldo currently plies his trade. As for Ronaldo, who had a golden run in the UCL from 2016-2018 and was called the Mr. UCL, one could always argue that the entire Madrid team was at a different level during the Uefa Champions League campaigns which contributed to 3 consecutive titles. The midfield of Casmiero, Kroos, Modric was a force to deal with alongside a solid defensive partnership of Ramos and Varane, Full backs such as Marcelo and Carvajal who provided a lot of fire power, and Navas in goal. The strike force with Bale and the ever-working Benzema contributed a lot and the other players like Asensio, Vasquez, Isco too to name a few. Overall Real Madrid looked like a well-oiled machine. But it was a team effort and it shows as ever since Ronaldo left Madrid he hasn’t moved past the quarter-finals with Juve. Taking no credit away from Ronaldo, he had been excellent in those 3 campaigns but it was a team effort overall.

Talking about Messi during that period, he was on board of a declining Barcelona dealing with the decline and departure of Iniesta and various other departures of Neymar, Dani Alves, Xavi. And the decline was accelerated by the poor management of the club by Bartomeu as the replacements signed either didn’t work out for the club and were overpaid and the constant injuries to Dembele didn’t help much. Over this period he was still the top scorer and one of the top assist providers in the world dropping 10/10s in the league and was the club UCL top scorer. Apart from Messi, the next top provider of goals were own goals which showed the state of the club. The Roma and Anfield disasters cannot be solely blamed on Leo in any way cause he created chances in both games only in vain. Bottling a 4-1 and 3-0 lead also showed serious defensive issues in the team and Messi was said not to be a good leader as compared to Cristiano. But to be a good leader you don’t necessarily have to be able to shout and look aggressive. Another reason in favor of Ronaldo was his international success winning the euro 2016 and the Nations League and Messi making it to 4 finals without winning even 1. But the truth is Argentina made it to those finals and a major reason for that was Messi as he had an excellent 2014 World Cup and 2016 Copa America. Leo was the only Argentina player to convert his penalty in the 2015 final they lost to Chile. He then skied his penalty in 2016 against the same opponent. And in a final, it’s never one player who will win you the game. Despite having an excellent Euro 2016, Ronaldo was forced off injured in the final against France and the entire team stepped up and it was Eder finally who gave them the lead. It did not happen in the case of Argentina where the team looked a bit clueless when Leo had a bad day, which even the best could have. Ronaldo does have the lead over Messi in international goals scored and goals are goals, but South American football is more physical than European football and Messi doesn’t have the luxury of playing Andorra, Lithuania, Hungary etc, and also does drop into the midfield to create whereas Ronaldo is more of a poacher these days.

Team trophies should never be considered a factor to decide the better player. This logic makes Kovacic a better midfielder than some of the greatest midfielders for winning 4ucls with Madrid and also makes Ciro immobile better than Harry Kane for winning the euros. Based on individual ability, there is no debate about the greatest footballer in the world. Messi leads the rest by miles and despite Ronaldo being the most hardworking player and an inspiration to millions, The greatest will always be Messi. 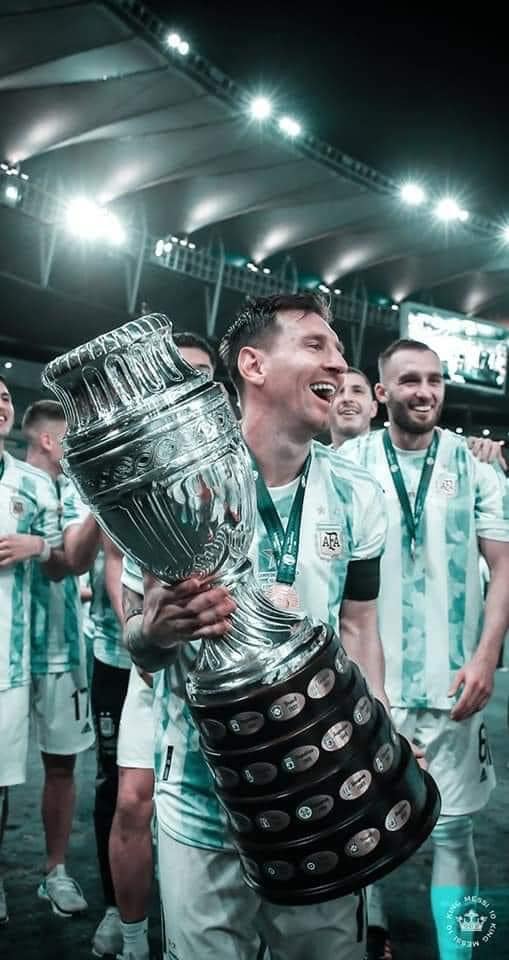 Now, almost 1 year later my thoughts are clear. I think Leo will be considered by many the greatest footballer of all time. Not because of stats or winning trophies. He is just unstoppable with a ball, the things he can create with this piece of skin... That's what's important. I like Cristiano Ronaldo also but he is not the same type of a player. Messi is like Federer, despite not winning the most Champions league trophies(Grand Slams in the case of Federer), many will consider him greater than Ronaldo.

Betting is my passion and I won't stop it!