You already know that the best betting software loves to explore the weird world of sports, and today we will talk about a curious feature from the world of rallys! 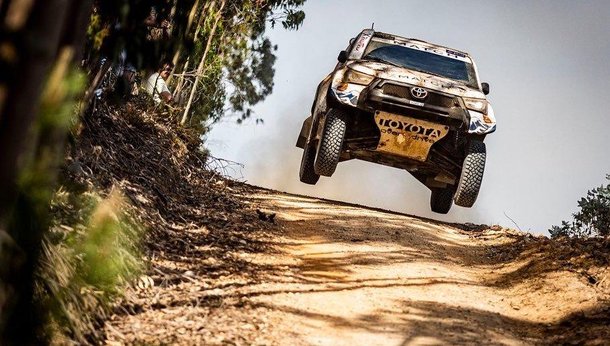 Rally is a sport that demands a lot from its competitors. In addition to the agility required to drive in difficult terrain, the drivers need to carry around 5 kg of equipment on their bodies. The races last up to 5 hours, in temperatures that impose an extra challenge to the journey.


To relieve the heat, the pilots must carry a bottle of water with them, right? Wrong. Strange as it may seem, consuming water during races can put everything at risk.


As the body exhales a lot of sweat during the race, the body loses mineral salts. Drinking water, despite hydrating the body, could cause cramps - and riding with cramps must be horrible. Adroaldo Weisheimer, a driver who competes in the Andalucia Rally confirms this information.


"During the hours of the race, that is, when we are in the car, we don't drink water because it alone can give us cramps due to the fact that we lose a lot of salts during the course. Water alone is not enough to replace it", he explains.

A balanced diet before races​

Like every athlete, Adroaldo needs to keep his weight under control in order to perform well. "There are 15 days of a diet with plenty of low glycemic content carbohydrates (sweet potato, for example). No food with gluten or lactose, just to prepare the body for the race", he reveals.


Even after the races, the pilots have no rest and need to maintain their diet to avoid damage to their health. "There are seven days without fatty foods, because during the race you lose a lot of liquid, you really lose mass. So the teams ask us not to abuse in the first seven days after the race. The same for alcohol, which we need to cut out 15 days before the race", explains.

Breaking the diet can have serious consequences​

Perhaps, you're thinking that racers stick to their diet from time to time, because it's possible to reverse weight gain by controlling yourself afterwards. Because eating certain foods can have a serious impact during the rally, which goes beyond just fighting with the scales. "As you are mostly tied up and yet you are constantly on the move, if you eat something that is not on the race diet you can get gas, bloating or other problems like that that can force you to stop. And there are already cases in which pilots have lost races by having to stop because of these problems", he says.