What Makes a Successful Poker Player 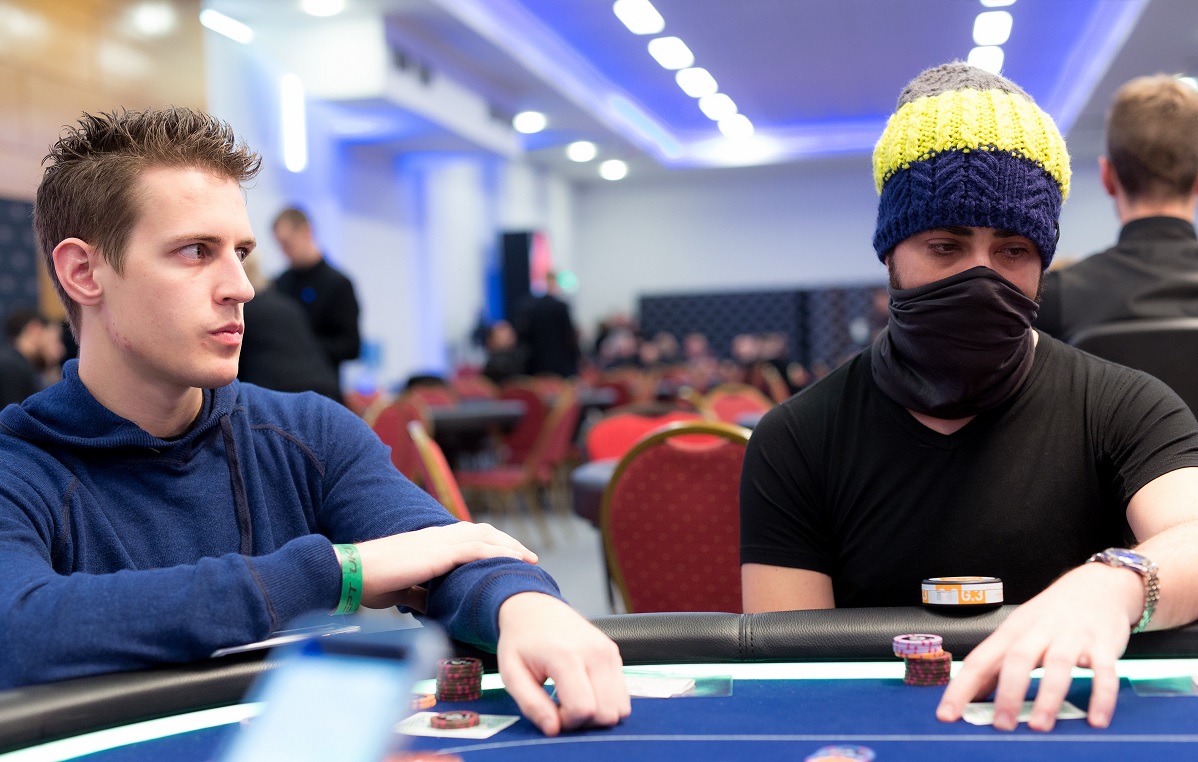 Pro poker players have a lot to handle to stay at the top of their game, and fall somewhere between professional sportsmen and businessmen. These are the main attributes that you need if you want to make it at the top.

1: Money management
Finding great games is all well and good, as long as you can afford the swings that are inevitable in them while your edge accrues. There's no point seeing a big game that you can't afford and sitting in it, as you risk going broke altogether.

Another oft-neglected area is that of keeping records. Businessmen do it, bookies do it, so if you count yourself a serious player then you should too. This can be as simple as writing down how much you've won or lost on a given day so that you know where you are over time, or as complex as also including factors like hours played, time of day, games and opponents, statistics garnered from the site, and what kind of mood you were in. This way, over time you'll have a little black book that can be used to figure out your optimal playing routine, as well as tell you how much you're making (or losing) at the game on an hourly rate.


2: Table selection
Imagine a Ferrari in a street race, or a donkey in a horse race. It's pretty sure before the off who's going to succeed and who isn't, right? Poker's the same, and if you can consistently find cash games where one or more players is worse than you then over time you're going to be a guaranteed winner.

Forget dueling with the greats at a WPT final table, because this is where the real money is made and, whatever your level, if you practice good table selection you'll have a consistent earn to progress from, whether it be into bigger cash games or taking shots at tournaments.

How is it done? Well, what you're looking for is weaker players, so getting to know the pros or donkeys in a game or on a site is the obvious way - then just look for one and be wary of the other (although if they're as smart as you they might be indicative of a good game). If you're new to a game or site though, then one useful tool of online play is the lobby, where statistics like average pot size or percentage of players seeing the flop can be an instant indicator. For example, if your game is limit hold'em, then the closer the average pot is to ten big bets (eg $100 in a $5/10 game), then the juicier it's likely to be.


3: Hand selection
So you've found a game that you can afford and promises to offer you a healthy profit. What can you do then to maximize your potential? Well, in most low-limit games the good news is that if you simply wait for better cards than your opponents then you will have a huge edge, as they often play any hand in any position without much thought going into it. Perhaps this is because they're just recreational players, or maybe they've had a few drinks or gone on tilt. But whatever the reason, they're offering you a headstart most of the time, so take advantage of it.

This is particularly true in limit hold'em games, where the mathematics of position and the fixed-betting structure make imagination and deception less important than in the pot-limit or no-limit varieties, and if you play on the internet it also fits perfectly with multi-tabling. Rather than playing in one game, getting bored and playing every hand, why not play in four at once and wait for premium hands to come along?


4: Aggression
Once you've gained the discipline to wait for some sort of hand and an understanding of position, you might notice that the other players start to become a bit more cautious of tangling with you. After all, if you've entered a pot, you probably have a good reason to be there, right?

Well then, it's time to execute part two of most winning poker players' strategy. Careful hand selection gives you an early edge (making you what's called a 'tight' player), but to capitalise on it you need to be prepared to continue with guns-blazing aggression if you make nothing on the flop or miss a draw, particularly at no-limit or pot-limit. Chances are, your opponents will have nothing themselves, or give you credit for something strong and fold in the face of your onslaught.


5: Changing gears
So it's tight/aggressive play that mostly brings home the money, but if you stick to one style and play hands in the same way all the time then even your weakest opponents are eventually going to pick up on a few patterns and your edge in a game will start to diminish.

Because of this, most top players have the ability to vary their styles of play to confuse their opponents about what they're up to. In cash games where the structure stays the same this is often done at random - naturally tight players might suddenly play a wider quality or variety of hands and bluff more to steal some extra pots, or loose-aggressive opponents might slow down for a while so that when they get a big hand people don't give them enough credit for it.

In tournaments, changing gears is more dependent on stack size, and what point of the game you're at - eg with a big stack you can open up and bully the opposition, but with a short one you must look for a good hand to go all-in with. But there are still options open to imaginative players - such as playing fast and loose when you're close to the money and you can see other players are holding on to get there - especially if you care less about the increased risk of getting knocked out than winning the tournament.


6: Heart
Speaking of tournaments, this is what the great players who play just to win have in spades. Have you ever seen someone put their entire stack on the line with a bluff, or overcome a series of terrible beats to seize victory from the jaws of defeat? These are the kind of things poker players mean when they say that someone has 'heart', and if you want to win tournaments you'll need to find some too, as if you just wait for good cards and hope they'll carry you there, the chances are you'll fall short. As Amir Vahedi once said: 'In order to live, you must be willing to die.'


7: Psychological awareness
Everyone knows that tells (and the people who exhibit them) are key to high-stakes poker and most of the ways they apply to poker have been covered in Caro's Book of Poker Tells, so between that and your own experience you'll be well on the way to spotting behavioral patterns. Of course, there is a bigger picture to watch out for as well, such as which players are on tilt, intimidated or showing the traits of a bully, but if you keep your eyes and ears open this will soon be second nature to you and you'll be able to adjust your play accordingly.


8: Mathematical aptitude
Whether it's 'A-Level probabilities and combinations or PhDs in Game Theory and Computer Science, most poker pros have a good working knowledge of the mathematics that underpin the game (and the rest have learned the odds by rote or experience). Combined with years of play and seeing the same situations come up again and again, they can understand and estimate very precisely whether certain actions are likely to be profitable or losing plays. Visit a site like twodimes.net to get you going.


9: Lack of ego
When things go wrong, or every move you make seems to work perfectly, it can often have a big effect on the way you think about your game or feel about yourself and the other players. But it shouldn't do, as you're playing your A game most of the time (hopefully) and the rest should just be the ebb and flow of luck swaying your results back and forth.

But in reality poker players rarely understand the fluctuations they can experience while still being either winning or losing players overall, and so they often end up thinking they're geniuses or doubting their talents. If you can let go of your ego and just focus on the game and the long term rather than how your luck is running, you'll be a mile ahead of many of those who already call themselves professionals.


10: Personal stability
If all this sounds like a lot to contend with then don't worry - it is! Poker is certainly 'a tough way to make an easy living and you shouldn't attempt to get serious with it unless you think you can tick all the above boxes and more. The history of the game is paved with those who took their shot and missed, and only a small few live to get to the playboy lifestyle and can handle the downswings to keep living it.

This makes emotional well-being and the support of your partner, family and friends even more important than usual if you want to give playing seriously a go, and just remember that what was once a fun pastime might soon get stale if you do it every day. If any of this is making you think twice about living the poker life then maybe you should stick with the day job. But if you're still set on sleeping till noon and being your own boss, just make sure the rest of your life is in good order first!