Understanding the Math behind Betting Odds and Gambling 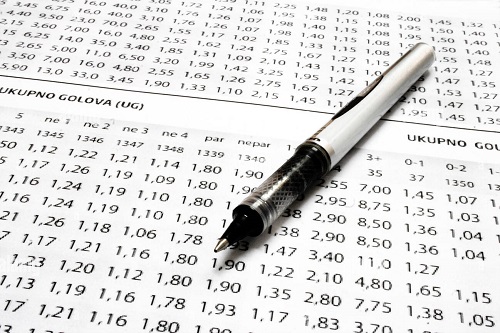 Successful bettors and gamblers aren't just making mere guesses, they are not making random and uncoordinated assumptions about who is likely to win a sports match, a casino game, or any other events at all for which possible outcomes can be determined. Most wagerers consider some factors before throwing their money at the end results of a future occurrence. Profitable bettors and gamblers do much more, they use mathematical calculations to predict their winning chances before arriving at a decision on who to root for.

What you would want to do as a bettor or a gambler is to find ways to outsmart the system. Hold up! I know what you are thinking but let me make myself very clear. What I mean by "outsmarting the system" is not tantamount to inferring that you source out ways to cheat or engage in dishonest betting practices because doing this will only put you at a disadvantage, you could even get your virtual betting account banned by the bookmaker if you're nabbed in illicit acts. Outsmarting the system as I have used here means seeking ways to improve your chances of becoming profitable in your betting analysis and predictions.

The predictability of situations seems to make humans believe he is in control, like a wise man once said, "if it's predictable, it's preventable." Humans are domineering entities that love to always be in control of situations around them. However, this is not always possible because humans are not precognitive; they can't see the possible outcomes of events before they occur.

Customarily, bettors and gamblers take risks whenever they wager on events in sport betting: such as whether they decide to wager on the outcome of UEFA Champions League final, NBA finals, or the winner of an undisputed heavyweight showdown. They can also decide to bet on the end results of casino games like Baccarat, Poker, Pool, Big Six Wheel, Roulette and Blackjack or on lotteries such as buying a ticket in the Powerball Lottery.

Differences between Betting and Gambling.​

As a quick one, let me try to draw a line between betting and gambling. To start with, you should know that betting is actually a form of gambling, and it often incurs fewer risks than gambling.

Here are some other points to note:

Staking on the possible outcomes of casino games is gambling while staking on sports events (like Football, Basketball and Boxing) and on the outcomes of some other social events such as the eventual winner of an election or the top contestant in a reality show, are all examples of betting activities.

It has been known that gambling is mostly done by professionals who spent years learning tricks and tips that can help improve their decision-making process.

In summary, gambling involves staking available assets such as money on an uncertain outcome while betting is a contractual consent between two parties where one loses a staked asset to the other if he's discovered to have made an erroneous prediction of an event.

Differences between odds and probability.​ 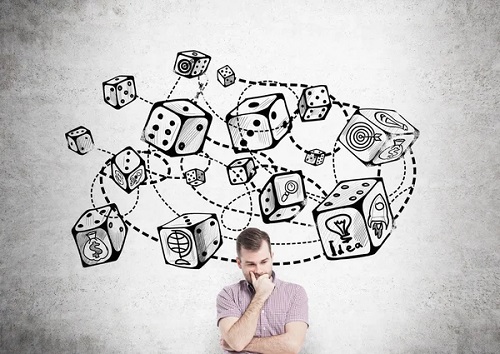 Spot betting probabilities are usually assigned a number between 0 and 1 where 0 depicts the impossibility of an outcome and 1 indicates the highest likelihood of occurrence. Probability can also be expressed as a percentage.

As a quick one, you might also like to know the differences between odds and probability. These two concepts are the same to a lay man, but pros know where the division lies, and you should too.

We use probability more often than not in our day-to-day life, as evident in the manner in which we describe the likelihood of both programmable and non-programmable occurrences. Sometimes, it comes from the gentle self conviction that you feel, other times it's just a wild hunch that you sense based on what you can interpret using data from past happenings. That's what happens when you step outside your apartment with a raincoat because you feel it might rain. Probability is calculated by finding the ratio of the number of the desired outcome to the total number of possible outcomes, for example, the probability of having a head when a two-faced coin is tossed is 0.5 or ½ and this is obtained by finding the ratio of the desired outcome (which is 1) to the possible outcome (which is 2). However, in the outcome of binary options, the concept of probability becomes extremely limiting or close to ineffective. As you would see when you try to flesh out the outcomes of certain occurrences such as predicting which country would win the World Cup or you try to fathom which player would be announced as the winner of the NBA most valuable player award (MVP). The ensuing limitations from these listed events and more take us to the theory of odds.

Odds can be described as that which serves as a quantifier of the probability that an event will happen. In essence, some knowledge of probability is needed to understand how odds work. A die roll quickly comes to mind here. In dice rolling probability, we talk about a sample space which is the set of all likely outcomes for a given event. Usually, in this concept, we consider two scenarios: one is a single die roll and the other is a double die roll. Both cases are used as statistics in arriving at logical analysis of an intended outcome.

Different bookmakers offer odds in different formats — although the option of switching to another odds format is most times available, also certain odds types are more frequently used in certain parts of the world than others. Sometimes, the type of sports can also influence the types of the betting odds used, since some types of betting Odds have been traditionally ascribed to some sports.

Fundamentally, there are 3 types of odds formats that are offered by bookmakers and exchanges. These are:

Decimal odds: This is also called European odds or continental odd or digital odds because it is the prevalent odd format in Europe, New Zealand, Canada and Australia.

Fractional odds: It's also called traditional odds or British odds. They are expressed as fractions or as ratios. An example is 9/1 which depicts that a wagerer would make $900 on a $100 bet which went in his favor. Fractional odds are more frequently used in European countries than in America.

It is worthy of note that the three odds types can be converted from one format to another. Apparently, there are now many useful tools that can be used for such conversions, so a bettor does not necessarily need to learn how it's done, especially if he isn't a number cruncher, or he doesn't have an inclination towards mathematical calculations. Some of these tools can be downloaded online and are also available on mobile devices, so a bettor can always have access to them even when on the go.

How to convert odds to implied probability.​

Understanding how to change odds to implied probability is an essential skill that will help a wagerer determine the amount of risk involved in placing a bet and to decide if such risk is worth pursuing.

Bookmakers don't operate fixed odds, their odds constantly change to align with changing market conditions or a set of information obtained on injury, player, selection and so on — so, as a bettor, you would want to always keep yourself abreast of the latest news and updates, so you can become successful at what you do.
Click to expand...