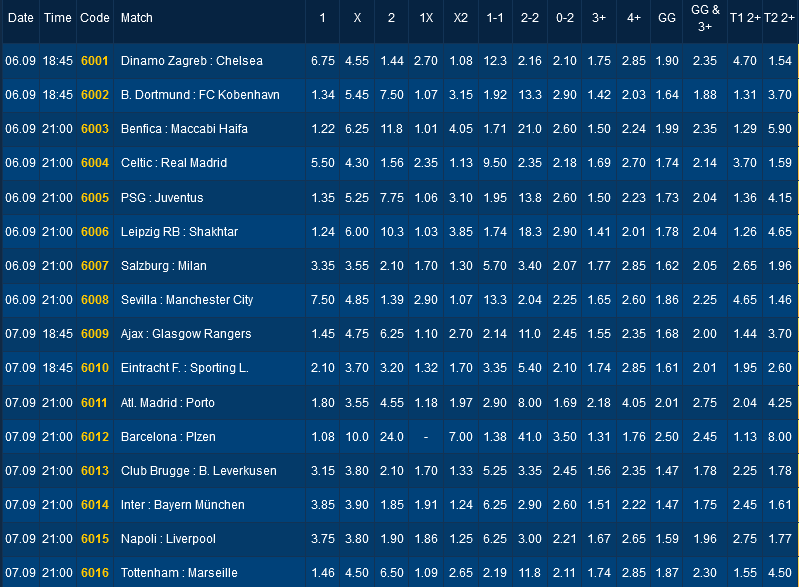 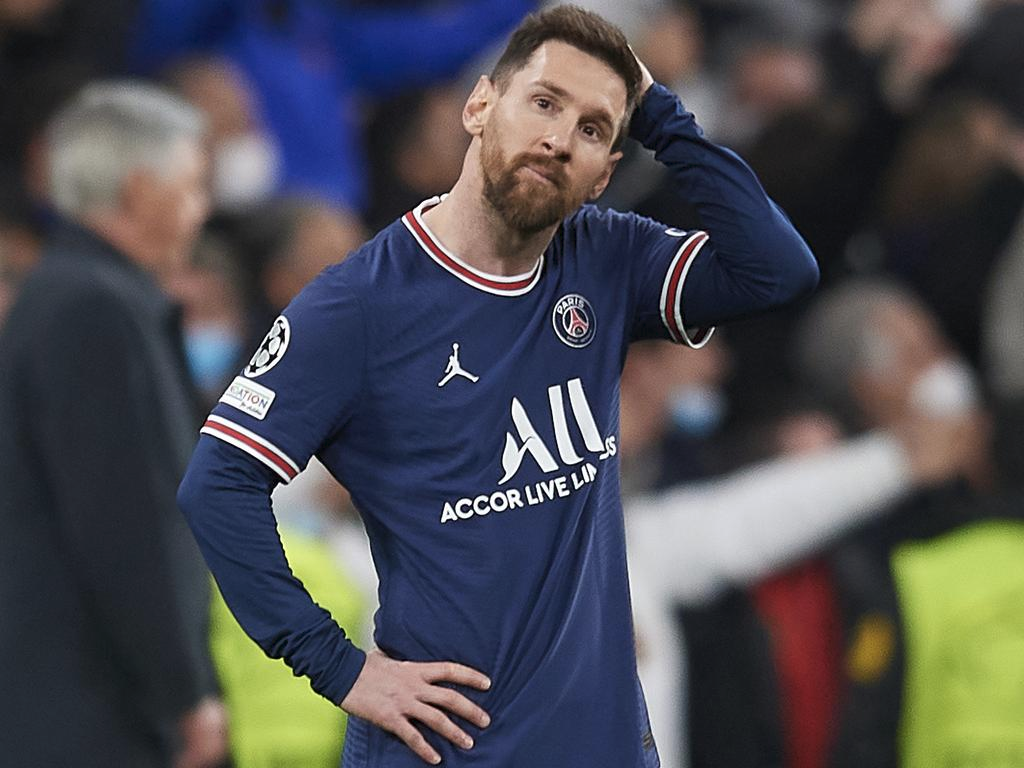 Paris Saint-Germain and Juventus will play the most interesting clash of the Champions League first round. PSG are between the favorites for the trophy. The Arab owners invested enormous money, brought Leo Messi last year and they are no more satisfied with domestic titles. They want the Champions League trophy, nothing less. Coach Christophe Galtier is already feeling a big pressure, he knows how important this match is. The reason why Mauricio Pochettino was sacked this summer is not a secret - the failure in the Champions League. Galtier is doing a good job so far in Ligue 1 and PSG sit on the top of the table with five wins and one draw. During the weekend they secured a comfortable 3:0 win away to Nantes. The atmosphere in the squad is excellent and Galtier has the majority of his players available, only Julian Draxler and Timothee Pembele remain sidelined due to knee injuries. Sergio Ramos, Neymar, Nuno Mendes and Renato Sanches all came off the bench against Nantes, but should be back into the starting eleven. Gianluigi Donnarumma will probably be replaced by Keylor Navas in the cup competitions. At least that was the case last season.

Juventus are the most successful Italian club. The Old Lady have won the trophy twice in their history, although they lost in seven other finals. The recent period was not so good as Juventus were eliminated by Lyon, Benfica and Villarreal at the last-16 stage in each of the last three seasons. To be worse, they have not won Serie A since 2020. Coach Massimiliano Allegri is feeling some pressure, however, the start of the new season is promising. Juve are unbeaten in Serie A after five rounds, although three draws means they dropped six points. The improving of the defense is a vital task for Alegri. Having only conceded two goals in those five games, it looks solid. But this match is a real test how good they are. Juventus need to prevent PSG star-trio of Messi, Neymar and Mbappe at Parc des Princes. Alegri has lot of injury issues - Paul Pogba, Adrien Rabiot, Wojciech Szczesny, Marley Ake, Kaio Jorge and Federico Chiesa are definitely sidelined, while one more is rated as doubtful. Angel di Maria was substituted at half-time of the match against Fiorentina at the weekend, meaning he could miss Tuesday's clash against his former club. Dusan Vlahovic will probably lead the line despite the fact that Milik scored on Saturday.

Paris Saint-Germain have the home advantage and they will try to win at Parc des Princes. So far they were dominant in domestic league, however, Juventus are not a club from Ligue 1. They are the most successful Italian side, and they have two trophies in the competition. I don't expect PSG to destroy the Old Lady. 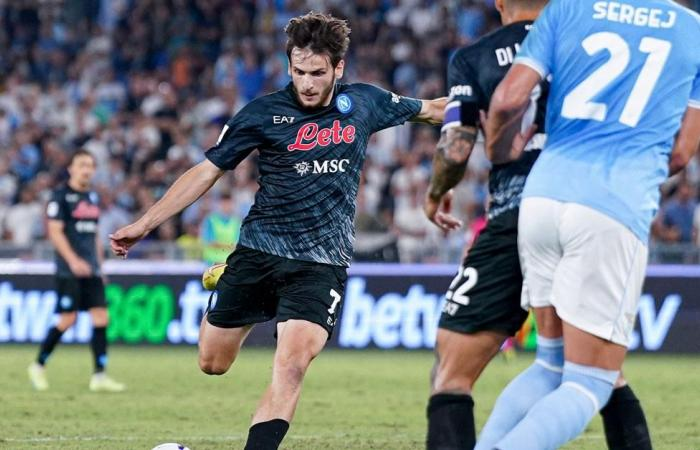 Napoli welcome Liverpool to the Stadio Diego Armando Maradona in their opening Champions League Group A match on Wednesday. The group also consist the Dutch side Ajax and Glasgow Rangers from Scotland. The Partenopei have enjoyed a good opening to their league season. They sit at the top of the table in Italy with 11 points. During the weekend Luciano Spalletti's side returned to winning ways in ideal fashion against Lazio at Olimpico. Khvicha Kvaratskhelia scored his fourth Serie A goal of the season to secure the victory, who initially went behind to Mattia Zaccagni's fourth-minute opener before Kim Min-jae netted the equalizer before half time. The 21-year-old Georgian play in great form and it won't be surprise to shine in the Champions League too. Napoli boss Spalletti is very experienced in the competition as Napoli will be the fourth different club he guided in the UEFA top-tier competition. The 63-year-old tactician has previously coached Roma, Zenit St Petersburg and Inter Milan. Spalletti has two injury worries. Hirving Lozano was stretchered off after a clash of heads with Lazio player Adam Marusic on Saturday. The good news is the scans did not reveal any head fractures, though the Mexican striker will surely be out of action for some time. Most probably he will be replaced by Matteo Politano, but Giacomo Raspadori is another option. Diego Demme is also sidelined as he needs a bit more time to fully recover from a broken foot.

Liverpool started the new season poor. They have already dropped nine points in the opening six rounds and it seems they will have lot of issues in the new season. According to some pundits, Liverpool will not secure a Champions League spot for the next season, meaning they will finish outside Top-Four. It is hard to find the reasons, maybe the departure of Sadio Mane, maybe the injury situation, maybe the fact that Mohamed Salah is completely out of form. Anyway, it is clear the Reds are in crisis. They failed to beat Fulham, Crystal Palace and Everton, while suffered a painful defeat to Manchester United at Old Trafford. Jurgen Klopp is feeling some pressure, even his job is not under question. The German coach has big injury problems, particularly in midfield. Fabio Carvalho is the latest victim after he suffered a leg injury at Goodison Park. The 20-year-old will definitely miss the trip to Italy. Captain Jordan Henderson, Naby Keita, Alex Oxlade-Chamberlain and Thiago Alcantara are also injured. The first three are definitely out for this game, but Thiago could be included in the travelling squad. If Klopp decide not to risk with the Spaniard, then newcomer Arthur could make his debut at Napoli. Finally, Calvin Ramsay, Caoimhin Kelleher and Ibrahima Konate emain out injured.

I don't think Liverpool could win in Italy. The Reds look out of form at the moment, while Napoli sit on the top of Serie A table. Liverpool have visited Naples three times in the last 12 years and failed to score a single goal. Napoli won the last two mutual games in 2018 and 2019 and I expect another positive result for the Italians.

Napoli vs Liverpool Pick: 1X (Napoli or Draw) @ 1.78 with Everygame

Inter Milan is playing against Bayern Munchen for the first time since 2017 after beating them at an away match. Inter Milan saw a defeat in their last against AC Milan. Their performance will not be detained by their previous games and the chance of winning is 76% as their opponent has not lost any first match in the champion League in three straight, which Milan will have to play more defense game. Bayern Munchen has not lost a single match in their league and with the likes of their new players Munchen will not like to go easy on inter Milan or take chances, most players are at their best and they may not lose to the home team in the first leg. They have played five matches (W3, D2 ) and have scored a total of 16 goals in their last five matches.