THE BIZARRE AND COMPLICATED OLYMPIC MARATHON OF 1904

You already know that the best betting software loves to explore the weird world of sports, and today we will take a look at an iconic historical event: The marathon of 1904!


The 1904 Olympic Games in St. Louis marked the first time the event was held outside Europe. Despite this, the edition most became known for the amount of incidents during the competition.

One of the boxers was caught using a false name. The 400-metre race was contested by thirteen athletes on a track without lanes. The swimming competitions were held in an asymmetric lake. But of all the problems, perhaps the worst happened during the marathon. 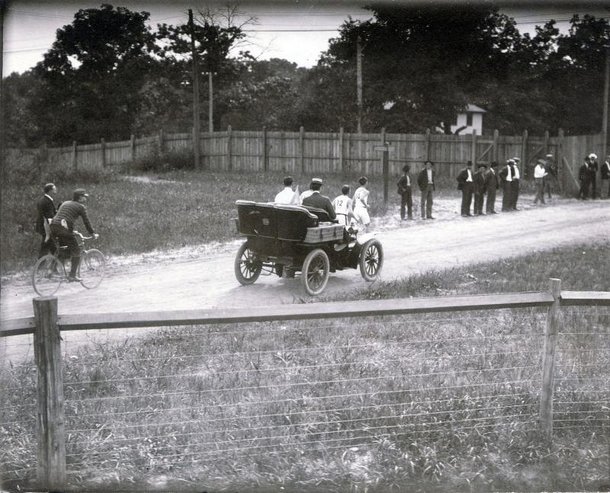 Athletes fighting for space in the streets with cars (Source: Wikimedia Commons)


It all starts with the competitors in the race. Of the 32 participants, eight were not professional athletes and earned their place by taking part in an 11-kilometre race. Felix Carvajal, a Cuban postman, was one of them. He imagined that his delivery routine already served him as training, and almost missed out on the race after losing his sponsorship money in a dice game.

The 1904 Olympics also marked the first black participation in the competition, but that is nothing to be proud of. Len Taunyane and Jan Mashiari were two Zulu men from the Tswana tribe of South Africa. They were in the city to attend the World's Fair exhibition - which was being held in parallel to the competition. Without any preparation, they were set out barefoot and wearing straw hats to run, prompting laughter from the crowd.

The race started at 3pm on a sunny August afternoon that registered temperatures of over 55?°C. To make matters worse, there were only two water stations because James Sullivan, the organiser of the St. Louis Games, was interested in observing the effects of dehydration on the athletes.

And between these two hydration points, the competitors had to share space with street and rail traffic and even with people walking because the marathon route was not isolated. 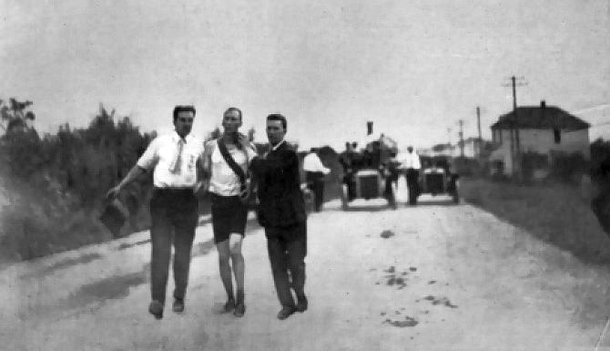 Hicks being carried during the race (Source: Wikimedia Commons)


It wasn't long before the race got completely out of hand. One of the South Africans was chased by wild dogs for about one and a half kilometres off the race course. The Cuban postman managed to get around the hydration restrictions by eating fruit he found along the way. He just didn't expect stomach cramps from the apples he ate, which also made him have to abandon the race.


The race also had a bricklayer, Fred Lorz, who, not to let the cramps stop him, took a ride in a car and even waved to his rivals as he passed them. Even Thomas Hicks, the winner of the race, did not have an easy race. At mile 10 he was so dehydrated that a two-man training team rushed to help him.


The pair prepared a mixture of egg yolks with strychnine (believed to be a stimulant) and a shot of brandy to revive him. At the final kilometre he collapsed to the ground and had to be lifted by the two men to the finish line. Lorz had finished the race earlier, but when it was revealed that he had stolen, he was disqualified and the victory was officially given to Hicks.