Shortie of the week: The Chloroformed Coach

You already know we love to explore the weird world of sports, and today we here at the best betting software will star a new model of sharing!

Enjoy the 1st shortie of the week! Where take a short look at a weird moment in the 1930's world cup! 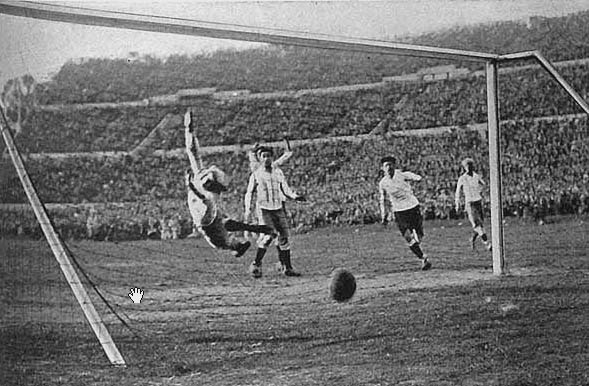 It's not all flowers in the world of soccer, and in the 1930s this was more true than ever.

For example, at the 1930 World Cup in Uruguay, a semi-final match between Argentina and the USA turned into absolute chaos. American coaches were frustrated by Argentina's "crude tactics," whose team kicking and knocking the Americans all over the field.

After one particularly egregious incident, the coaches had had enough, and decided to let out their anger.

Now, under any other circumstances, this might not have been too bad or shocking. After all, the first World Championships were synonymous with angry players, frustrated coaches, and misbehaving fans, but the problem here went a bit too far.

As part of his job, Jack Coll, one of the coaches, ran up to a downed player, throwing his medical bag on the floor in his haste.

So far so good, however, in this case, the act of throwing the bag on the ground broke a bottle of chloroform that bizarrely caused the trainer to pass out.

He, and not the injured player, needed to be moved on a stretcher. And it was not only he who was eliminated - the USA lost the game 6-1.

This is karma for you.


We hope you liked this little piece about the weird world of sports, and if you did, stay tuned because bettingsoftware.com will be back soon with more great content for you!
BSO - The Best Betting Software