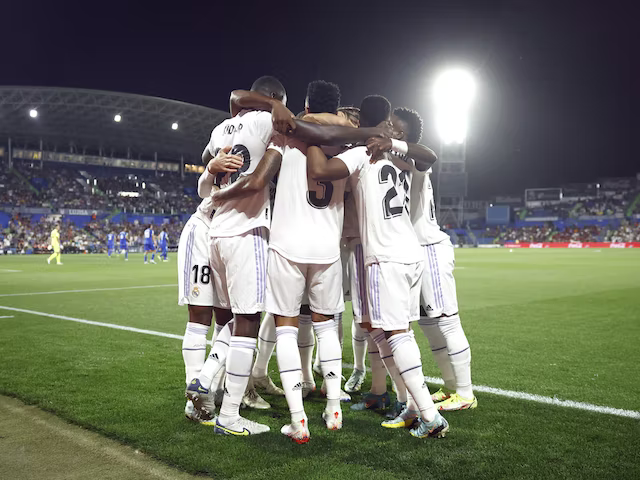 Few words about the history of this derby. The rivalry between Barcelona and Real Madrid is regarded as one of the biggest on the planet. Madrid and Barcelona are Spain's largest cities and they are sometimes identified with opposing political positions. Real Madrid are viewed as representing Spanish nationalism and Barcelona viewed as representing Catalan nationalism. The two clubs are among the most successful football clubs in the World; in 2014 Forbes ranked them the World's two most valuable sports teams. Both clubs have a global fan base.

As early as the 1930s, Barcelona "had developed a reputation as a symbol of Catalan identity, opposed to the centralising tendencies of Madrid". In 1936, when general Franco started the war against the democratic Second Spanish Republic, the president of Barcelona, Josep Sunyol, member of the Republican Left of Catalonia and Deputy to The Cortes, was arrested and executed without trial by Franco's troops.

Barcelona was on top of the list of organizations to be purged by the National faction, just after communists and anarchists. During the Franco dictatorship, most citizens of Barcelona were in strong opposition to the fascist-like regime. Phil Ball, the author of Morbo: The Story of Spanish Football, says about the match; "they hate each other with an intensity that can truly shock the outsider".

As of 24 July 2022, Barcelona leads in total matches with 117 wins to Real Madrid's 104, while 62 games ended without winner. Counting only La Liga, Real Madrid are more successful with 76 victories, while Barcelona have 73 (plus 35 draws). Los Blancos have won four of their last five league games against Barcelona, but they suffered a high 4:0 defeat in the corresponding fixture at Bernabeu last season.

Both teams are sharing the top of the table with 22 points. In other words, both teams have seven victories and one draw after the first eight rounds in La Liga. Real Madrid narrowly beat Getafe in the last league match., but failed to beat Shakhtar Donetsk in the Champions League. However, an 1:1 draw was enough for the reigning European champions to book their spot in the knock-out phase of the competition. Ancelotti is definitely without Dani Ceballos due to a hamstring injury, while goalkeeper Thibaut Courtois is also out with a back problem. Antonio Rudiger is rated as doubtful after suffering a nasty head injury when scoring the equalizer against Shakhtar. The regular midfield trio of Luka Modric, Aurelien Tchouameni and Toni Kroos should take to the field.

Barcelona dropped two points against Rayo Vallecano in the opening match of the season, but won seven matches after that. Last weekend they narrowly beat Celta Vigo. Nevertheless, Barca face an elimination from the Champions League for the second year in a row. The Catalans played just a 3:3 draw with Inter Milan on Wednesday. Xavi's men are third in Group C, three points behind second-placed Inter. The Italians only need to beat bottom-placed Plzen at home to ensure the second place. Xavi has no fresh injury issues and most of his key players are available. However, Memphis Depay, Hector Bellerin, Ronald Araujo and Andreas Christensen remain sidelined. On the positive note, Jules Kounde is expected to start in defense after recovering from injury.

I think Real Madrid are closer to the victory. There are two reasons for my pick. First is the home advantage. Santiago Bernabeu will be full and this fact should not be underestimated. The second reason is connect with Barcelona. The atmosphere in the squad isn't at desired level after the failure against Inter in the Champions League. I believe the players confidence is low at the moment.

Real Madrid will have had an extra day to rest before this match, while Barcelona were involved in a match with Inter throughout the week that required a lot of energy. However, Xavi's team is tough to predict in the league right now. A close game might conclude with the points being split.