You forget to include Aston Villa - Manchester United. Odds for Villa are pretty good . We saw how good can be Villa, and at this time, i don't think they will end without a point.
Newcastle - Watford is interesting match. Watford are way better than Newcastle. X for First Half it's good bet. Brighton - Crystal Palace - ones to watch match. I'm big fan of these teams. Watching them very closely since the start of the season. Brighton are totally different and better team, but i see something in Palace, i don't know why but this is their match.

philipet87 said:
You forget to include Aston Villa - Manchester United. Odds for Villa are pretty good . We saw how good can be Villa, and at this time, i don't think they will end without a point.
Newcastle - Watford is interesting match. Watford are way better than Newcastle. X for First Half it's good bet. Brighton - Crystal Palace - ones to watch match. I'm big fan of these teams. Watching them very closely since the start of the season. Brighton are totally different and better team, but i see something in Palace, i don't know why but this is their match.
Click to expand...

Villa are not forgotten. This is a cut from the www.rateandbet.com website. Posting all the predictions would make the website of no use at all.
Last edited: Thursday at 1:06 PM

Leicester @ 2,25 looks really good not to try! Burnley absolutely out of form, Leicester in quality to steal all 3 points.
UEFA Champions League, Premier League and many more free betting tips on Betfather.tips!
S 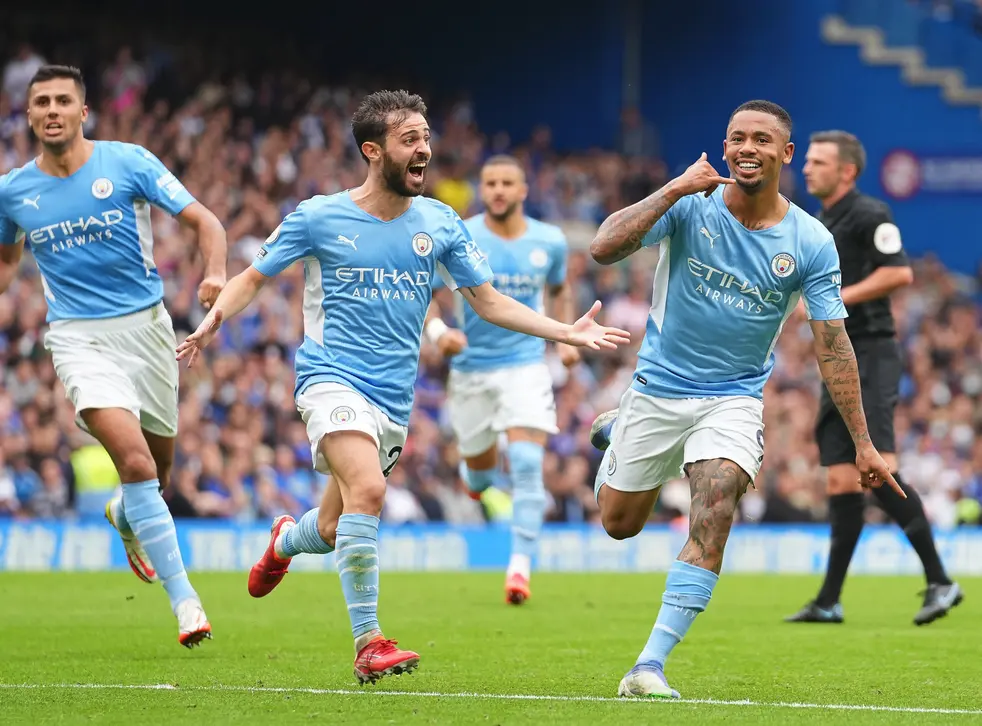 Manchester City welcome Chelsea to the Etihad in the most interesting fixture this weekend in the Premier League. The Citizens currently sit 10 points clear of their upcoming opponents. The actual form is very good, they are in series of eleven victories in the Premier League, scoring 33 goals in the process and conceding seven. The history support them, all five previous sides with at least 8-point lead at the end of New Year's Eve went on to win the title (Manchester United in 1993-94 and 2000-01, Chelsea in 2005-06, Manchester City in 2017-18 and Liverpool in 2019-20). And I agree, they are the most consistent side. Manager Pep Guardiola is doing a fantastic job and the fans are pleased with his work. In the last round they beat Arsenal with 2:1 thanks to Mahrez and Rodri. Maybe City were lucky on that match, maybe receive some referee's help, but definitely showed they are able to win even on their average day. However, Guardiola said the title race is far from over despite the big advantage. Last weekend Manchester City outplayed Swindon 4:1 in the FA Cup. Pep rotated the players on that match in order to rest some of his key players. Nevertheless, it is clear he will start with the best eleven on this match, with the exception of those unavailable. Riyad Mahrez is on international duty on Africa Cup of Nations with Algeria. Several first-team players were isolated in the last period due to COVID-19 outbreak, including Phil Foden and Oleksandr Zinchenko. John Stones is close to returning from a knock, but Aymeric Laporte and Nathan Ake could continued if Stones is ruled out once again.

Chelsea are second with 43 points, however, the league form isn't at highest level in the last period. They managed to register just one victory on the last five matches in the Premier League, sharing the points on the remaining four occasions. The victory was obtain against Aston Villa (3:1), mostly thanks to Romelu Lukaku. The Belgian striker, who came as substitute after missing three matches because of Coronavirus, netted for 2:1 in the 56th minute, and later earned an injury-time penalty that was converted by Jorginho. However, Lukaky had a controversial interview that spoiled the atmosphere in the squad. Tuchel decided to punish him and he wasn't part of the squad in the next period. The story finished with a "happy-end" after Lukaku publicly apologized. I will mention that Chelsea secured the League Cup final after winning 3:0 on aggregate against Tottenham. I believe the players confidence is much higher now. Tuchel has no fresh injury or suspension worries ahead of the derby, but Ben Chilwell, Reece James and Trevoh Chalobah remain unavailable. First-choice keeper Edouard Mendy is with Senegalese national team at Africa Cup of Nations, so Kepa Arrizabalaga should continue between the sticks. Thiago Silva and N'Golo Kante have returned from COVID-19 infection, so Tuchel has "sweet problems" in the midfield as Mateo Kovacic or Jorginho are in good form. Similarly, Kai Havertz will push for a recall in the attack over Timo Werner.

Manchester City should win the derby. The Blues beat Tottenham in Carabao Cup on Wednesday, but Manchester City are different level. According to me, Guardiola's men are class above other teams in the Premier League. It is no surprise they are first with 10-point advantage. In addition, Tuchel's men could be tired as they played four matches in 2022, while the Citizens only two.

The usefulness of the tour lies also in the fact that the pre-match press conferences have resumed. Consequently, there is now much more information about the staffing situation in the teams. In particular, Graham Potter said that Lewis Dunk and Enok Mwepu will miss the match. The captain of the team has been unavailable for a long time due to injury, he will return to training in the main group only on Sunday. As for Mwepu, the Zambian who won a place at the base was injured in a cup match and is now forced to miss a few weeks. In addition to Mwepu and Dunk, Brighton will be missing key central midfielder Yves Bissum, who has gone to the Africa Cup of Nations. But available for the match Moises Caicedo, who returned from loan in the Belgian Beerschot. Although it is unlikely that the Colombian will qualify for a place in the starting lineup.
Crystal Palace have much more losses. Continues to miss James MacArthur - one of those players who built the team's game. In addition to the central midfielder, the trio of football players who went to the African Cup are not available: Jordan Ayew, Cheiko Kouyate and Wilfried Zaha. This gives reason to believe that Michael Olise, who scored a goal and a pass in the match against West Ham, will be in the starting lineup.

Crystal Palace are on an unbeaten streak of five games in this matchup. But the away form of the team speaks against the Eagles - in nine games, Patrick Vieira's wards scored only six points and, according to this indicator, are among the outsiders of the league. Brighton, on the other hand, has suffered only four defeats this season (only the leading trio have fewer). But, as in the previous season, the Graham Potter guys are experiencing serious problems with scoring at home. Last season, the Seagulls finished 16th in this indicator, and now they are in 15th place with three wins and three draws in nine games.
Both teams to score and total over options appeal to me because these teams have created a lot of chances and scored a lot of goals lately. 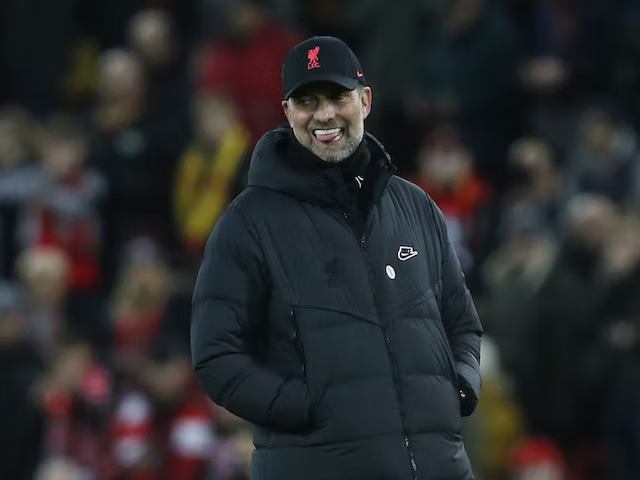 Liverpool are huge favorites against newly-promoted Brentford. The Reds are on the third place with 42 points from 20 matches, big 11 points behind Manchester City at the time of writing. However, they are in some sort of crisis at the moment. Liverpool have just one win on the last four matches across all competitions and it came against lower-division side of Shrewsbury in the FA Cup. In the other three matches they lost 1:0 to Leicester City, played 2:2 with Chelsea and failed to secure advantage in the first-leg semifinal battle with Arsenal in the League Cup. The goalless draw against 10-men Gunners showed the weaknesses in creation and scoring when Mo Salah and Sadio Mane are not in the squad. This was Liverpool up against opponents they had beaten 4:0 in the Premier League just two months ago on the very same venue. However, everything looked different on Thursday. Firmino and Jota were poor, while Minamino missed the empty goal in the second half. What is worse, their confidence is low at the moment. But Klopp continues without Salah and Mane and that's a huge handicap. They are both on international duty at Africa Cup of Nations, as well as Naby Keita. Four additional players remain sidelined through injury - Nat Phillips, Thiago Alcantara, Harvey Elliott and Divock Origi. Some changes are expected, with Curtis Jones and Alex Oxlade-Chamberlain pushing for a starting place.

Brentford will arrive at Anfield in 13th position in the table after the poor results in the last period. They have 23 points at the moment and they are still comfortably 12 points clear of the relegation zone. But the actual form isn't at desired level, Brentford have suffered three defeats on the last four matches in the Premier League. The Bees managed to beat Aston Villa with 2:1, but lost the matches against Brighton, Manchester City and Southampton. The last defeat at St Mary's was high and painful. The Saints took an early lead after just five minutes, but Brentford equalized 18 minutes later with their first shot on target thanks to Vitaly Janelt's excellent sliced volley after Bryan Mbeumo's cross. Janelt instantly had a chance to put the Bees ahead but saw his 25-yard powerful strike parried well by home goalkeeper Forster. That was all they did. Southampton scored three more goals in the next period and secured a 4:1 win, while the Bees continued their poor away run. Thomas Frank's men have now gone six league games without a victory away from home, losing the last two. To be worse, they conceded at least two goals on each of the mentioned six matches on road. Frank has some additional issues due to absence of some players. Frank Onyeka is on Africa Cup of Nations, while Josh Dasilva, David Raya, Charlie Goode and Mathias Jorgensen are out injured. Finally, Sergi Canos and Rico Henry are rated as doubtful.

I expect no more than three goals at Anfield. Liverpool are without two key strikers as Salah and Mane are at AFCON. Their absence is a huge handicap and it was no coincident the Reds failed to score in their last match against Arsenal. Having on mind Brentford's poor away form, I don't expect too efficient match here.

Liverpool vs Brentford Pick: Under 3.5 goals @ 1.52 with Pinnacle

spkutano said:
Liverpool vs Brentford Pick: Under 3.5 goals @ 1.52 with Pinnacle
Click to expand...