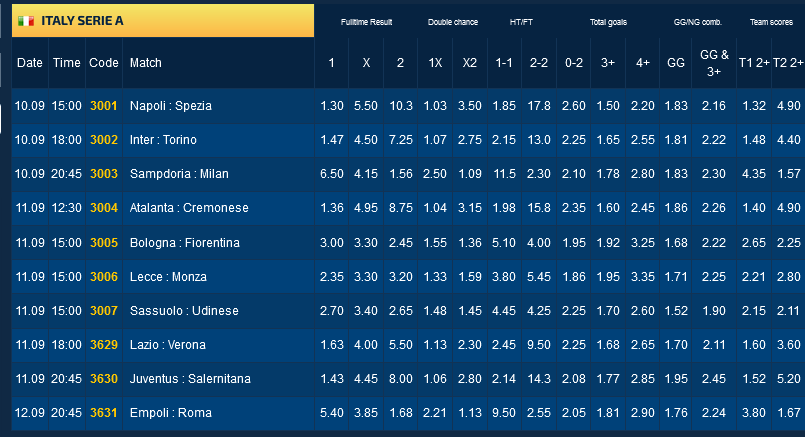 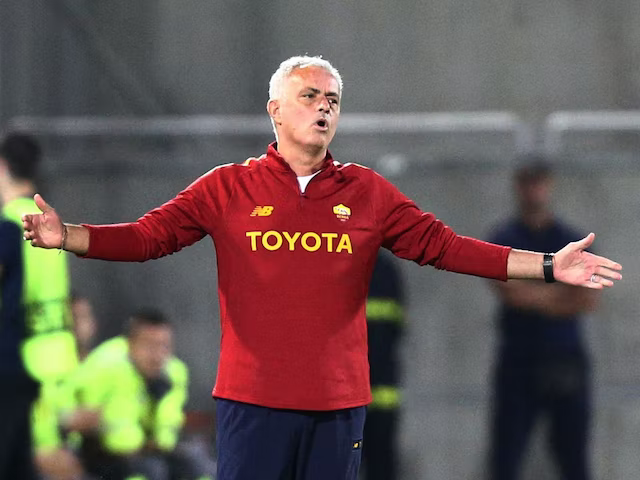 Empoli welcome Roma to Stadio Carlo Castellani in the last match of the round. This is a perfect moment for the Tuscan side to continue Mourinho's misery. Having lost 4:0 to Udinese last weekend, Roma were then beaten 2:1 by Ludogorets in Bulgaria in the opening Europa League match. But Empoli have their own problems. They have yet to win a match in Serie A this season. The Azzurri lost 1:0 to Spezia in the first round, but than played draw four times in row. The goalless draw with Fiorentina is definitely a good result, as well as two away matches with Lecce and Salernitana. After all, the home draw with solid Verona isn't bad result according to me. The players confidence is high and that could be a positive fact. Coach Paolo Zanetti is doing a solid job and I believe the fans are satisfied. The club ambitions are not big, avoiding relegation will be rated as success. Nevertheless, he must find a first win as soon as possible. Zanetti remain without injured trio Nicolo Cambiaghi, Lorenzo Tonelli and Tommaso Baldanzi, while the former Roma striker Mattia Destro is rated as doubtful. If he fail to recover in-time for this match, then Sam Lammers and Martin Satriano should start up front.

Roma started the season very good, with three victories and one draw in the first four rounds. The fans were satisfied and many of them start dreaming about the Scudetto. The Giallorossi secured wins against Salernitana, Cremonese and Monza, while shared the points with Juventus in Turin. Taking points off Juve at the Allianz Stadium is never easy, even more when the Old Lady scored first. However, Tammy Abraham's equalizer in the second half covered the weaknesses. The fans weren't satisfy with the performance of the team, but surely liked the result. And then happened Udinese. Jose Mourinho's men were humiliated at the Dacia Arena as they lost 4:0. On Thursday they suffered another disappointment, this time in Europa League. The Giallorossi lost 2:1 to the Bulgarian side Ludogorets Razgrad and it is clear they are in some sort of crisis. Mourinho still has injury worries - Georginio Wijnaldum remains long-term injury victim, while Marash Kumbulla and Stephan El Shaarawy are also out injured. Nicola Zalewski is rated as doubtful as he is suffering from muscular fatigue. Tammy Abraham and Rick Karsdorp did not make the trip to Bulgaria, but both could feature against Empoli. On the positive note, Nicolo Zaniolo has recovered from a shoulder injury and could start from the bench.

Empoli could remain unbeaten against Roma. In worst case scenario, they could narrowly lose the match and Your stake will return. Empoli are unbeaten on the last four matches in Serie A and the atmosphere in the squad is positive. On contrary, Mourinho and his players are under pressure after two painful defeats. The recovery will not be fast and easy.

Empoli vs AS Roma

Empoli have gone four games without a loss but they have not got victory this season yet. Now they rank sixteenth at the table of the League. Their goal at present is to get their first win of this season.

AS Roma have lost their last two games, which puts them in a bad situation. Even though Jose Mourinho tried a fresh structure, they still have physical issues as a result of their hectic schedule. They won't put more attention into the forthcoming match since they need to prepare for the Europa games four days later.