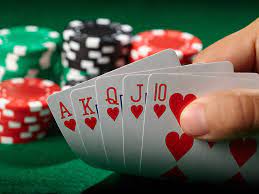 Playing poker at home or at a friend’s house is completely different than playing in a casino or in a tournament. The World Tournament does not permit smoking, since it has become unpopular in society today.

Casino poker rooms for small tournament and game play allows smoking and after a few hours in a stuffy room the cloud of stale smoke begins to burn your eyes and choke your airways. In these rooms, the rules for a game may be using either Robert’s Rules of Poker or the World Series of Poker rules or some combination of either or both. Before you take a seat, ask the dealer what the rules are. He most likely won’t say “Robert’s” or “World Series” but he’ll tell you if it is no-limit, wild cards, or other important information that you need to know to play. Be prepared to play for 12 to 18 hours straight, since most of the games last at least that long. 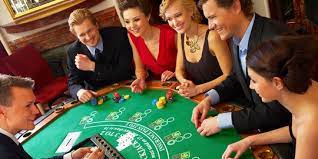 Whether playing in a tournament or a casino room, there is nothing quite like the sounds and smells of an intense game of poker. It only takes a few hours of sitting at the table before you start to notice your neighbour’s fragrance – good or bad (usually bad) – and begin to be annoyed by the blathering of the somebody at the table behind you. Combine foul odors with fatigue and hunger and you’re likely to have a testy attitude toward everyone in the game. These are the reasons that we are going to start with Poker Etiquette – and we may end with the same as a reminder.

Regardless of the character you may find at the table, it is imperative that you apply the rules of etiquette, because it is the dealer’s choice to allow you to continue to sit in the game or have you removed for breach of etiquette. And, you never know which way the dealer is going to lean.

Poker room dealers are recorded on video from above the table and from beneath the table. In addition, there are cameras inside the walls, pointing in every direction of the dealers and players. This video recording is due to the negative name that poker rooms received during the age, when casinos were owned by organized crime. Poker dealers are the singly most scrutinized dealers in the casino and if caught cheating will be banned from every casino nationwide. No player or friend has enough money to pay for their job loss.

Whew! Now we can move on discussing how to play Texas Hold’em.

The rules for the game are completely determined by the dealer. There are two sets of basic rules and we cannot emphasize “basic” strongly enough, because the dealer can and does change part of the rules for his/her table. Then, the next dealer that takes over the table, may change the rules again – even though this is rare. Generally, the dealer that is being relieved will tell the one taking over what rules the table is playing by. The point is, the dealer has the final say about the rules in use and learning rules from a book will only give you a guide anyway.​
It is rare that either of these rules is strictly adhered to in any casino or poker room in the U.S. Because each set of rules is fairly detailed, we are not presenting either but we are offering you some of the most common as well as the explaining the process of the game and strategies used. In general, this is the process of play:

A maximum of 5 cards make up the poker hand even though there are 7 cards that are able to be used to make the hand. It doesn’t matter what order the cards appeared as long as each of the cards are present to form the hand. Hands below are arranged from the highest to the lowest winning hands.

Highest Cards in the deck are 10, Jack, Queen, King and Ace while the lowest cards are 2 through 9 in the numerical order in which they appear. In other words, a 4 is higher than a 3. However, in order to make a straight from cards 2, 3, 4, and 5 the Ace then takes the place of the 1.

**Note: There are times when two players left at the end of the hand have both been bluffing the other players and have nothing more than 5 random cards and suits. In that case, when the hands are revealed in the showdown, the player with the highest card between them wins. If both players have the same high card (say a 10), then the next highest card between them takes the pot and so on.
Click to expand...

Types of Bets and Common Rules​

The first thing to know is that once any player makes a bet, every other player that wishes to stay in the game must at least match that bet. The following are your options, when it is your turn to bet:​
In addition to knowing the types of bets that you are allowed to make, the following are the most common rules in any game of Texas Hold’em whether in casino or tournament play.

The dealer and/or floor person will be the final decider in any situation that requires a ruling and there is no arbitration of their decision.
Click to expand...

Betting is very much a part of the psychological strategy that can either determine who has a strong hand and who is simply staying in the game, waiting to see if the next flop produces the one missing card that is needed to make a good hand. Once you know which hand beats the next hand, a little practice will help you to feel comfortable. After that, the most difficult part involves learning how and when to bet.

Here are a few methods of betting that will help you discover where you might stand in the game:

There are a few things to consider before placing your bet immediately after you see your hole cards, such as how much money you have left, how aggressive the other players are and how many players are competing for the pot.

If you end up on a table, where one player frequently raises during the preflop round, it is better to play cautiously and avoid the temptation to bluff that player. There are some players that will use this manoeuvre as a strategy to lure other players into re-raising their bets and staying in the game longer than they would ordinarily have. Then, that player reveals a straight flush in the showdown and walks away with a huge pot.

If you have only a small amount of money left to play with, you will want to choose one hand that is really strong such as a high-card pair or two high cards in numerical order before you stay in the game.

After the Flop Strategies and Tips​

These are some of the most common strategies used during the successive rounds, leading to the showdown in the game:

Bluffing is one of the most difficult but exciting parts of playing poker, when used successfully. The idea is to convince the other players that you have a great hand that is going to beat them, even if they think their hand is pretty good. It must be used sparingly and used under circumstances that will benefit you. Here are some opportunities that a novice player can use to develop their ability to bluff convincingly:​

There are other ways to bluff but for newcomers, these two are the most unexpected to be used and are quite successful if used sparingly. No one is going to believe someone, who is shown to be bluffing all the time, or using any form of trickery in their strategy.
Click to expand...

How important is “position” in Texas Hold’em?

Position, or where you are sitting in relation to the starting player in the first betting sequence, can tell you a lot about what type of hands that the other players have. If you are the last in line to place the bet, those players ahead of you, that raised, probably have a competitive hand. Those, that did not, will likely fold in the next round.

If a player accidentally shows his/her cards when still in the game, is that considered a dead hand?

No. Actually, the hand is still live and the other players are extremely grateful for the information provided, accidentally or not.

If a player goes all in and you call that player’s bet before the end of the game, does the all in player have to show his cards to the table?​
This is one of the more difficult questions to answer, because any player that goes all in has to show his/her cards; but exactly when the player has to show them is not part of the rules. In tournament games, the player often is required to do so when the bet is called. However, it doesn’t happen all the time and in regular play in poker rooms, the player can usually wait until the end of the game. When disputed by either the all in player, or the one that called the bet, the dispute is settled by the dealer or floor person.