As a staunch fan of boxing, I found myself in the middle of a hot argument with my friend about who the “King of the fans” was in the 80s and 90s. It was supposed to be like any other hot debate we have had in the past but this time, I became more confused as to what the right answer is.

A quick attempt to look up the bone of contention on the popular search engine, Google made me arrive at the conclusion that this subject has been treated with more bias than facts. One thing I did notice was that some other inquisitive sports fans have also discussed this subject before on some social media platforms like Quora and Reddit. This further begs the question: who is really more famous among these two great sportsmen?

A quick peep into Mike Tyson's boxing career reveals that he made his professional debut on 6 March, 1985 when he was just 18years old, under the tutelage of the late Cus D'amato. He won 26 of his first 28 flights by knockout or technical knockout, 16 of which came in the first round. Tyson was an enigma at the peak of his career. His ability to master the incredible peek-a-boo style of boxing was phenomenal. His discipline and determination to succeed were unquestionable. I think one of the reasons why he had that overwhelming number of fans is because of his statue, only a few people before then, have seen a heavyweight boxer who measured 5 feet 11 inches in height and weighed about 218 pounds viciously knocking out much bigger and taller opponents.

Another deal with Tyson was his explosiveness, he wasn’t the guy to let his opponents go past the first round. He threw hard Rocky haymakers right from the start of the bell and his elusiveness was so sweet to watch.

All these sweet memories were jeopardized by a series of events that happened later on. Cus D'amato died of pneumonia on November 4, 1985, several years after he adopted Mike Tyson after the death of his Mother. On November 22, 1986, 20year old Mike Tyson knocked out the then WBC title holder Trevor Berbick to become the youngest heavyweight champion ever.

Mike Tyson lost a mentor, a coach and a friend when Cus died and the result of that was evident in his tragic fall. With the absence of Cus, Mike

Tyson became another version of himself, one who is no longer hungry for success, one who associates with bad companies. These Stream of factors resulted in his ignominious loss to a 42:1 underdog, James ‘Buster’ Douglas on February 11, 1990, a fight many pundits considered to be one of the greatest upsets in sports history. Mike Tyson was arrested on July 1991 for rape and on March 26, 1992 Mike Tyson was convicted of the rape of 18-year-old beauty queen, Desiree Washington, he was sentenced to six years in prison but was released on parole after three years on 26th March 1995.

For a guy who spent 3 years of his prime life in prison, Tyson was no longer the man he used to be. Mike Tyson slowly transformed from the KO king that he was into another boxer – another man. Michael Jordan on the other hand was a basketball player. He began his professional basketball career in 1984 when he was drafted by the Chicago Bulls. His impressive stint with the Bulls saw him accrue several achievements for himself.

He is widely regarded as the greatest basketball player of all time. He is a six times NBA champion, six times NBA finals MVP, five times NBA most valuable player, fourteen times NBA All-star, to mention just a few of his achievements. It is needful to also add that he was a proud member of the 1992 Dream Team and he won two Olympic gold medals with the USA Team. Enough of the history. Who really won the contest of fame in the 80s and 90s?

Both men kicked off their careers at about the same time, so it is safe to say that they are contemporaries but of course, they played different sports.

Mike Tyson was the most famous sportsman in the late 80s. His explosiveness in the ring had circulated the media at that period. It took Michael Jordan until 1991 before he won his first NBA championship, this is about five years after Mike Tyson’s brutal KO of Trevor Berbick.

As sad as it sounds, Mike Tyson has a very short period as a prime boxer which is just about five years. His trial, conviction and ultimate prison time in the early 90s made him lose out on this fame contest especially as far as the 90s is concerned.

A good point that works in Michael Jordan’s favor is the status he chairs as arguably the greatest basketball player ever. I’m sure Tyson does not 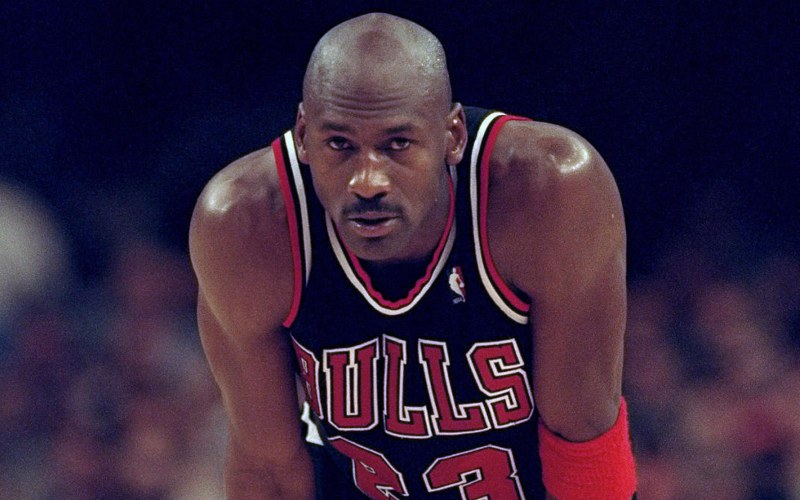 come close to being the greatest heavyweight boxer ever, talk more of being the greatest boxer of all time. In case you’re a Tyson fan, I’m not taking anything away from Tyson, I’m just stating facts, that’s what stats say even if anyone’s pathos says otherwise.

Another great point that put Jordan in the place of advantage is the fact that he is the Cultural Icon for the sport of basketball. He made the sport more popular in several countries of the world as his own fame grew. Tyson is not the Cultural Icon for boxing, that accolade effortlessly goes to Mohammed Ali. A man who is regarded as the greatest boxer of all time by many. WIKI also referred to Ali as the greatest athlete of the century.
On a final note: Mike Tyson is a lot more humble today, he has publicly owned up to the mistakes he made in his early life and he has done well for himself. The same can also be said of Michael Jordan who has his merchandise in several countries of the globe and is one of the world’s billionaires.

What are your thoughts?

I was more of an NBA fan, so Jordan for me. Playing pick up basketball as a kid everyone wanted to be like Mike (Jordan).

We all do. Care to share why you think he wins the the battle of fame in the mid-80s and 90s?

Betting Forum said:
We all do. Care to share why you think he wins the the battle of fame in the mid-80s and 90s?
Click to expand...

I think he is a very simple person. He donates all the money he earns to charity. He helps poor people, so he is a very good sportsman and coach . And I dont remember once that he got into any scandals, unlike Tyson)

pegyK11 said:
I think he is a very simple person. He donates all the money he earns to charity. He helps poor people, so he is a very good sportsman and coach . And I dont remember once that he got into any scandals, unlike Tyson)
Click to expand...

realy? thanks ) Its a great, when some good people thinks like you)
Have a great day))