Chelsea are very close to the final in Carabao Cup as they won 2:0 in the first-leg match played at Stanford Bridge seven day ago. Kai Havertz gave the Blues an early lead when he ran onto Marcos Alonso's through ball and fired home with Davinson Sanchez unable to keep the shot out on the line. The second was a strange own goal as Japhet Tanganga headed the ball into team-mate Ben Davies' shoulder and it flew into the net. Chelseea had few more opportunities in the first half, but failed to score. Tottenham, meanwhile, had to wait until the 50th minute for a shot, with Harry Kane's free-kick saved by Kepa. But that was all they did. Lucky for them, Hugo Lloris was excellent in the second half and denyed Lukaku, Hakim Ziyech and Timo Werner.

Tottenham will need a better performance in the second leg to have any chance of reaching the final. They have improved since Antonio Conte took the team, particularly at home. The Spurs have won seven and drew one of his eight games in charge at new White Hart Lane since his arriving in North London. The good home form was confirmed during the weekend when they beat Morecambe 3:1 in the FA Cup. Of course, a victory against lower-division side should not be overrated, though it is very welcome for the players confidence. But Conte has one big injury issue ahead of the match as Son Heung-min is sidelined due to a muscular injury. Cristian Romero will also miss out, while Eric Dier and Steven Bergwijn are rated as doubtful. Giovani Lo Celso was the star man against Morecambe and he could be rewarded with a place in the starting eleven.

Chelsea have eliminated Aston Villa, Southampton and Brentford in the previous stages of the competition. They are very close to secure final after the victory in the first match. However, the league form isn't at highest level in the last period. They failed to register a victory on the last two matches in the Premier League, sharing the points with Brighton and Liverpool. Nevertheless, a possible draw here will be an excellent result. Even an one-goal defeat is acceptable. Tuchel has some missing players for this match. First-choice goalkeeper Edouard Mendy is with Senegalese national team at Africa Cup of Nations and will be replaced by Kepa Arrizabalaga. Reece James, Ben Chilwell and Trevoh Chalobah are sidelined through injuries, while Thiago Silva and N'Golo Kante are rated as doubtful due to positive COVID-19 tests.

Tottenham must go for a victory here. To be worse, a narrow win isn't good enough,. It is a "mission impossible". Chelsea are unbeaten on the last 10 games across all competitions. In addition, the Blues have scored at least two goals in six of their last seven games on the road. I think Chelsea will not lose at all. 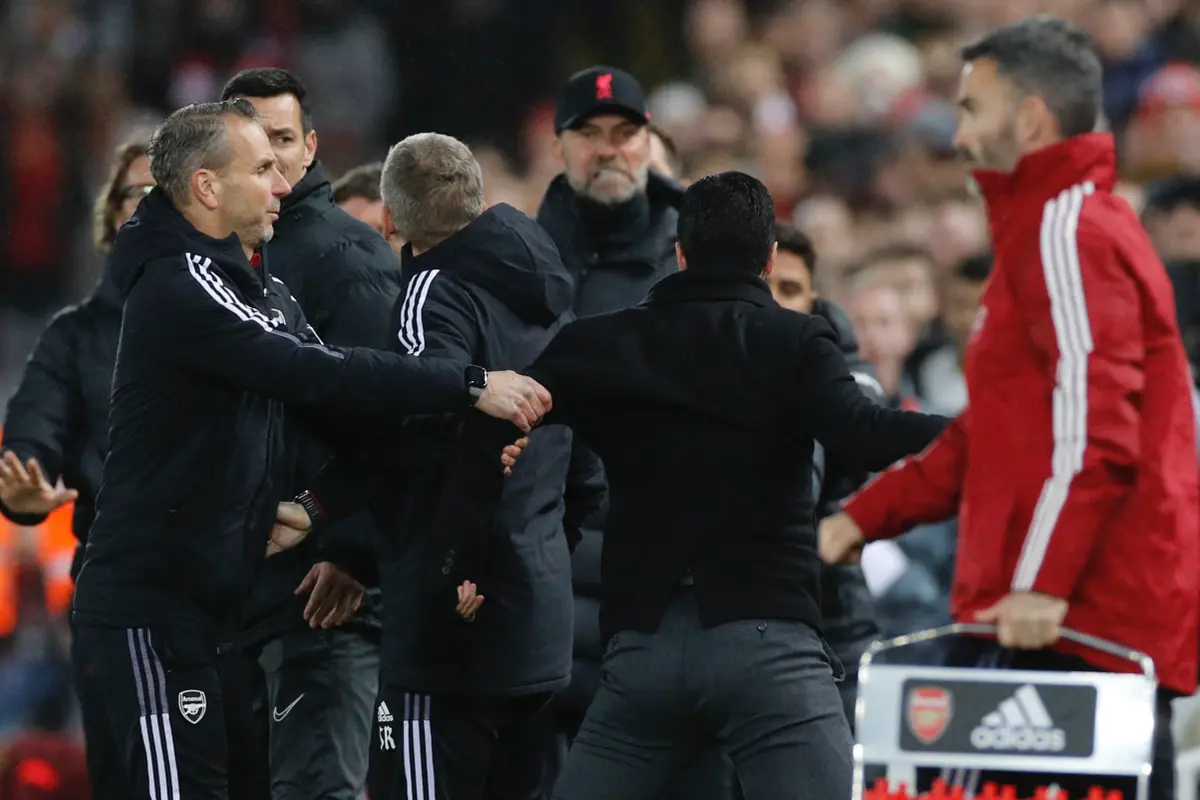 Liverpool welcome Arsenal to Anfield in the first leg of their EFL Cup semi-final clash. This fixture was supposed to be the second leg of the tie, but it became the first leg after last week’s contest at the Emirates Stadium was postponed due to a Covid-19 outbreak in the Liverpool camp. That match was subsequently rescheduled for January 20.

Liverpool have eliminated Norwich, Preston and Leicester on the way to the semi-finals. Usually the cup competitions are not priority for Klopp, but I believe he will try to reach the final. However, he has lot of issues. First of all, the actual form is poor, they failed to win any of the last three matches in the Premier League. The Reds lost to Leicester City and shared the points with Tottenham and Chelsea. Dropping seven points, combined with Manchester City's consistency, means the Reds are out of the battle for the first place. To be worse, Klopp is missing out the key players. The best scorer Mohamed Salah is with Egypt on Africa Cup of Nations. His absence is a huge handicap, but there is more as Sadio Mane is also at AFCON with Senegal, as well as Naby Keita with Guinea. In addition, five players are struggling with injury - Divock Origi, Thiago Alcantara, Nathaniel Phillips and Harvey Elliott. Finally, Trent Alexander-Arnold and goalkeeper Alisson Becker are on their way back from COVID-19 and they are rated as doubtful.

Arsenal have produced one of their bets performances last weekend against the leaders Manchester City, but one week later they disappointed the fans in the FA Cup fixture against lower-division side Nottingham. At the end they lost both games. Against the Citizens, Saka scored in the 31st minute, but then some referee's decision went against the Gunners. There were two penalty situations during the match, with both decisions going on Man City side. Ederson's tackle on Martin Odegaard was denied following a long VAR check, while the similar contact in the second half resulted with penalty against Arsenal. But it was quite opposite against Nottingham in the FA Cup. Arsenal lost 1:0 and manager Mikel Arteta had to apologize for his side's poor display. He has lot of issues ahead of the semi-final. Mohamed Elneny, Nicolas Pepe, Pierre-Emerick Aubameyang and Thomas Partey are all on international duty, while Ainsley Maitland-Niles left the club and joined Serie A side AS Roma. Emile Smith Rowe and Takehiro Tomiyasu are rated as doubtful through injuries, while Granit Xhaka and Folarin Balogun are doubtful due to COVID-19.

Arsenal could remain unbeaten at Anfield. The key reason for my pick is connect with the actual situation in Liverpool squad. Klopp will be without key strikers Mohamed Salah and Sadio Mane. They are both irreplaceable and I predict lot of issues for the hosts.

Liverpool benefited more from the postponement of the match. Alisson and Trent Alexander-Arnold returned to the main group, who, due to illness, would have missed the first match if it had taken place on the previously set date. In addition, Jurgen Klopp, who has already managed to return to the technical area, has also recovered from the coronavirus. The German led Liverpool in the FA Cup third round match, in which the Reds dealt with Shrewsbury Town 4-1 without any problems. At the pre-match press conference, Klopp revealed that Thiago Alcantara and Divok Origi remain in the infirmary. Harvey Elliott, who continues to recover from a severe injury, will also not play against Arsenal. The return of the 18-year-old midfielder is just around the corner. As for Roberto Firmino, who was injured against Shrewsbury Town, the Brazilian is fine and ready to face Arsenal.

Londoners have not lost any players over the past week either. In contrast, Gabriel Magalhaes served his cup suspension against Nottingham Forest, while Takehiro Tomiyasu and Emil Smith-Rove were able to recover from their injuries against Manchester City. They may both be ready for the fight in Liverpool, as will Granit Jaka, who tested positive for coronavirus a week ago. By the way, about the match against Nottingham Forest. Arsenal have co-authored one of the biggest sensations in the third round of the FA Cup. Londoners lost 0-1 at City Ground and were eliminated from the tournament. But at Anfield, Mikel Artet's team will surely appear in a different form - without Leno, Tavares, Cedric, Patino and Nketia, who did not take advantage of the chance given to them.

Liverpool and Arsenal meet for the third season in a row in the League Cup. In the year before last, the teams at Anfield were given a fiery duel that ended in a 5-5 draw. In the penalty shootout, the hosts turned out to be luckier then. A year later, the rivals met again in Liverpool and also drew - this time 0: 0, and in the penalty shootout there were already Arsenal players. But in these games, Liverpool's lineup was far from optimal. In the upcoming fight, Jurgen Klopp's team will again play not in a combat lineup. But this time, the “Reds” will miss only Mohamed Salah and Sadio Mane. Therefore, I do not expect a repetition of the pogroms that Liverpool inflicted on Mikel Arteta's team in the previous two games in the Premier League (3-0 and 4-0). But I expect the Reds to beat Arsenal again.