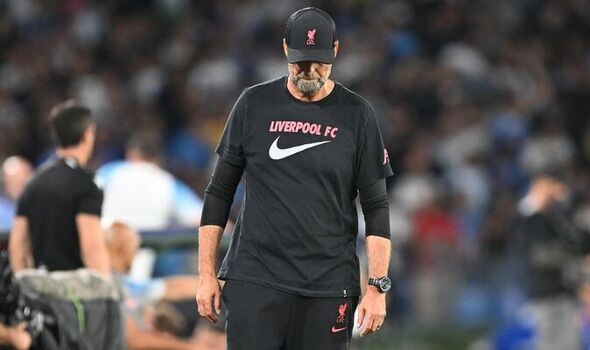 Liverpool welcome Napoli to Anfield on Tuesday night in a direct battle for the first place of Group A. Six days ago the Reds beat Ajax in Amsterdam with 3:0. The victory improved the atmosphere in the squad, however, the domestic results are poor. The biggest problem is the inconsistency of Liverpool. Klopp's men have already lost four of their 12 Premier League games in 2022-23; while they were only beaten twice throughout last season. Of course, there were some good moments, like the narrow 1:0 win against Manchester City, but there were much more frustrations. The last defeats to Nottingham Forest and Leeds United were extremely painful. It is true the Reds were missing Luis Diaz and Diogo Jota due to injury, but that shouldn't be an excuse. Jurgen Klopp came under enormous pressure, the biggest since he took the team. He has an iconic status at Anfield, but it seems he is unable to improve the situation. In addition, the German coach has big injury issues. Luis Diaz and Jota remain sidelined, as well as Joel Matip and Arthur. Naby Keita and Alex Oxlade-Chamberlain were not named in the Reds' Champions League squad.

Napoli have an excellent season, both in the Champions League and Serie A. So far they managed to win all five group matches in Europe. The series started with a 4:1 win against Liverpool at Stadio Diego Armando Maradona, while continued with doubles against the Dutch side Ajax and Glasgow Rangers from Scotland. Napoli have scored 20 goals across those victories, which is four more than any other team in this season's group stage. The Partenopei also sit at the top of the table in Italy with 32 points, five more than second-placed Atalanta. During the weekend Luciano Spalletti's side outplayed Sassuolo, winning 4:0. Victor Osimhen was named as "Man of Match" after scoring a hat-trick. Napoli boss Spalletti will probably rotate the players to avoid fatigue. He is very experienced in the competition as Napoli are the fourth different club he guided in the UEFA Champions League. The 63-year-old tactician has previously coached Roma, Zenit St Petersburg and Inter Milan. Spalletti has two injury worries. ahead of the trip to England as Salvatore Sirigu and Amir Rrahmani are out injured. Matteo Politano is only one yellow card away from suspension and could not be risked here. Giovanni Simeone is expected to lead the line.

In normal circumstances this should be a very eventful clash. But now is different, there is a solution for both teams to be satisfied. A victory means a lot to Liverpool and particularly Klopp. The German coach is desperate for success. At the same time, a narrow defeat would be no disaster for Napoli given the situation on the table. They will finish first if not lose the match with more than three goals. I expect Spalletti to rest some of his key players ahead of the Saturday's derby with Atalanta. Liverpool could take advantage from that fact.

Liverpool vs Napoli Pick: Liverpool to win @ 1.85 with Pinnacle
S 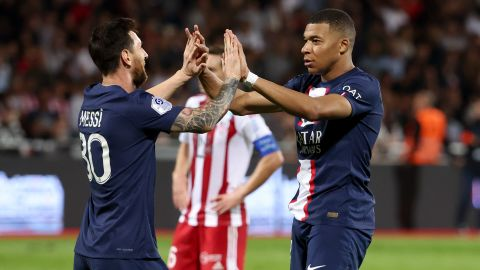 Juventus welcome group leaders Paris Saint-Germain at the Allianz Stadium on Wednesday night. Many were expecting this match to be like a final, but the situation in Group H is clear in front of the last round - PSG and Benfica have already secured a knock-out phase. Juventus are out of the Champions League and the fans are very disappointed. This is the first elimination from the group phase since 2013. The Old Lady lost four of the five played matches in the competition. Worst of all, they were humiliated by mediocre side Maccabi Haifa. However, they need a victory here to reach the third place and to continue in UEFA Europa League. It will be a total catastrophe if the Bianconeri finish as fourth in the group. If something is positive, that's the domestic form. Juventus managed to beat Torino, Empoli and Lecce in the last three matches from Serie A. Coach Alegri will try to replicate the domestic form here, but it is clear Mbappe, Messi and Neymar are different class. Alegri has some additional issues as Angel Di Maria remain sidelined through injury, as well as Paul Pogba and Dusan Vlahovic. That's not all, Matias Soule, Marley Ake, Leandro Paredes, Gleison Bremer, Mattia De Sciglio, Federico Chiesa, Samuel Iling-Junior and Kaio Jorge are also out injured, while Danilo is suspended. It is clear the hosts are very handicapped.

Paris Saint-Germain are looking for the first place in the group. The Arab owners have invested enormous money, brought superstars like Neymar and Messi, kept Mbappe and they are no more satisfied with domestic titles. They want the Champions League trophy, nothing less. PSG boss Christophe Galtier is well aware about that and I believe he is feeling some pressure. Galtier is doing a solid job so far in Ligue 1 and PSG sit on the top of the table with 35 points, five more than second-placed Lens. During the weekend they registered a 4:3 win against Troyes. Carlos Soler, Lionel Messi, Kylian Mbappe and Neymar were the scorers on that match. Previously they beat Maccabi Haifa with 7:2. As You could see, the Parisians have scored 11 goals on the last two matches across all competitions and the atmosphere in the squad is excellent. Galtier has the majority of his key players available, but Neymar is out suspended. Danilo Pereira has recovered from a hamstring injury, but it is difficult to see the Portugal international starting from the first minute.

Juventus will try to escape a complete elimination from Europe, so they need a positive result here. The Old Lady managed to register three victories in Serie A, but PSG are simply a different dimension. To be worse, Alegri will be missing lot of important players and it is impossible to be competitive with one of the best teams in Europe.

Because they have a chance of making the playoffs, Marseille will take chances. Tottenham will settle for a draw in order to advance to the playoffs, thus they will be more concerned with ball possession and indoor football. In order for the confrontation to be fruitful, I think that the home team will still be able to control the tempo.

Because they have a chance of making the playoffs, Marseille will take chances. Tottenham will settle for a draw in order to advance to the playoffs, thus they will be more concerned with ball possession and indoor football. In order for the confrontation to be fruitful, I think that the home team will still be able to control the tempo.