Africa cup: history of the competition​ 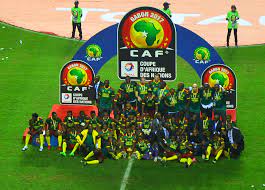 It began with the Abdelaziz Abdellah Salem Tournament, later called the 1957 African Cup of Nations Football Tournament, held in 1957 in Khartoum, Sudan.

Two years later, Egypt, inspired by Mahmoud El-Gohary, repeated their feat in Cairo in a tournament that featured the same teams as in 1957.
The 1960s saw the expansion of the Confederation of African Football, and the decade saw the competition gain in prominence.

Ethiopia hosted the third edition of the CAN in 1962. Uganda and Tunisia took part for the first time.
The host country proved unstoppable in Addis Ababa, beating Egypt 4-2 in the final after extra time.

... and this year, it's pure chaos with only few goals scored
Betfather.tips - football betting picks community

Wow can't beleive all those controversies happening around this AFCON. Comores had a nice and strange match against Cameroun.